Huong and Her Fight for Peace 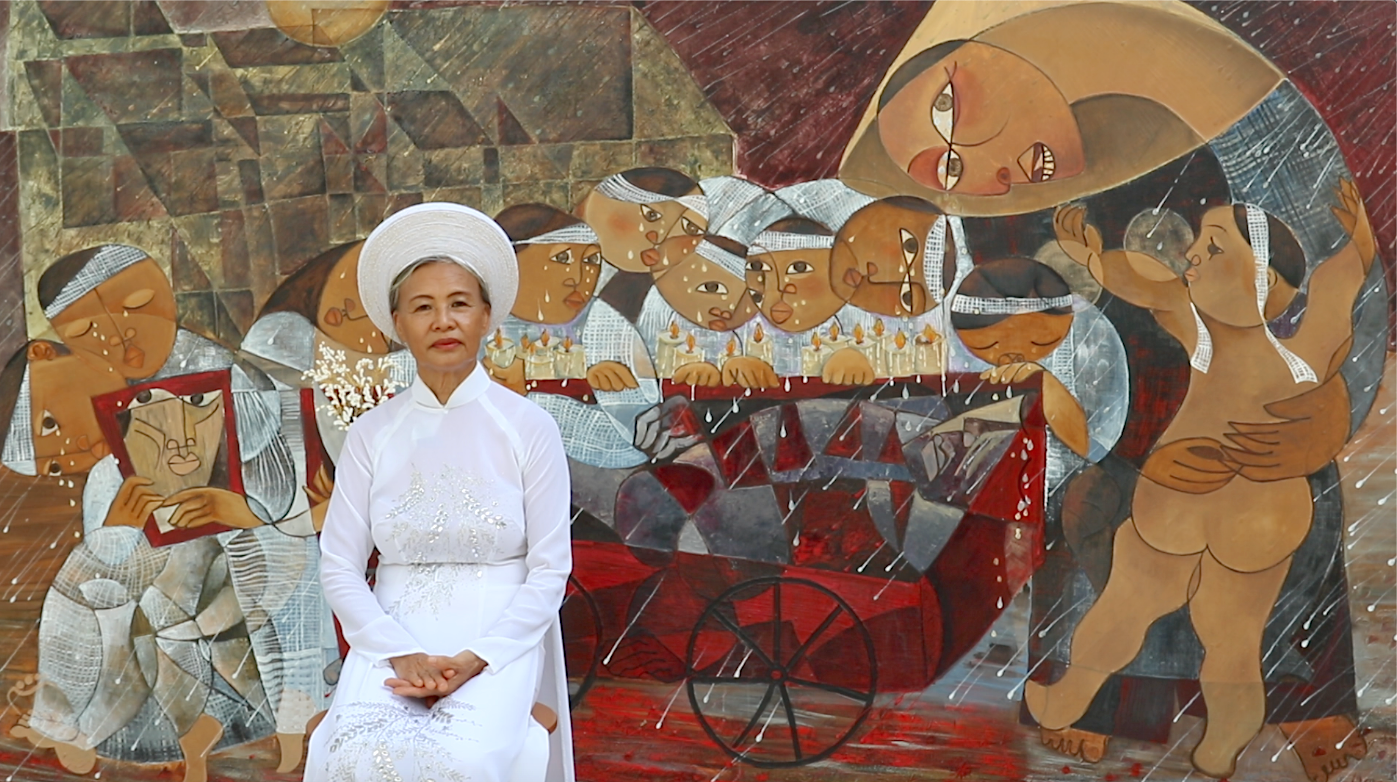 Huong was 25 when she jumped on a boat and fled. She was not alone. In her arms, she was carrying an 11-month-old baby, and in her heart, a painful wound. In 1975, at the end of the Vietnam War, she witnessed death closely. She lost her father, her two brothers and dozens of friends. Her father, a prisoner of war, died when he was released from prison. Her brothers were sent to a re-education camp for refusing to fight and were forced to do forced labor. One was shot the day Huong escaped and the other took his own life. Swept away from everything, there was nothing left to take from her soul. That was how Huong said goodbye to the city of Saigon and left for Alaska in search of peace. She insisted on resisting.

With a degree in journalism, Huong arrived on American soil without knowing how to speak English. Devoid of her most valuable professional resource, the ability to communicate, she could not exercise her profession anymore. Instinctively, she broke the pencil, empowering herself with the brush, and poured out her soul on canvas. That was how Huong got out of the cage, turning into a bird. The nebulous art began taking shape.

First, she painted the blood of the sorrow she went through. Each face, a death. She revived the wound, one bomb at a time. Then she started to paint the world she wanted to live in, a world of peace. Since then, Huong has lost nothing. None of the world's problems pass without Huong passing through them. She paints the earth's brutality with delicacy. She paints racism. She paints prejudice. She paints the immigrant. She paints the refugee. She paints the climate crisis. She paints out loud, urgently, all human crises. Huong sees herself as the other and works in the shadows for resistance.

After 13 years living in Alaska, another surprise. It was 1988. The state experienced one of its worst recessions. Huong lost everything she had left, including her savings and her home. She could no longer make a living from art. She took to the road, spent four years as a nomad, looking for a stopover where she could restore the freedom that was taken from her for the second time. It was in Miami that she decided to re-signify her existence.

I lived with Huong for one month in 2019, while producing a digital series about climate change for her non-profit organization The Peace Mural Foundation. We interviewed scientists, activists, researchers, professors, students and journalists in front of her Global Warming Mural, which is an 8-foot-tall and 100 feet long piece with a vast array of 500 original paintings on wood panels bringing attention to the environmental destruction of our planet. 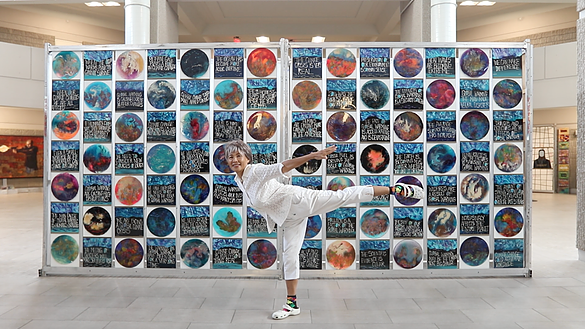 It was already late evening when we were coming back from the last day of shooting. Living with Huong made me curious to know whether she had any religious beliefs. I asked:

“Huong, do you believe in life after death, or reincarnation?”

And she replied, “I don't know what's coming. I don't think about it. I think about the here and now. But I know that there is a spirit, it’s the soul. It exists, we feel it. That's what connected us, when I looked at you, I saw your spirit, your soul.”

“If I could choose…” She replied thoughtfully. “Why would I be born again and return to this suffering world? Where's peace? I don't want to come back to this world. Back to what? A world that lives in war. I’m looking forward to my death. It’ll be a moment of joy. I’ll be able to say, ‘Finally, God, vacation time! Now I can rest! My mission is completed’”

“Really, Huong? Are you excited to die?”

And in this moment, I discovered that what matters is not what you believe, but how you live your life.

At 70, Huong lives every second of the body she inhabits. She was born to die. She left the title of journalist and painter aside. Today she considers herself an activist for peace and intends to dedicate the next 15 years that she says she still has for this cause, through art and dialogue.

After 13 years living in the United States, she was able to bring her mother and sister to this land. Today, they are all American citizens. The bombs, the deaths, the dark past, everything was left behind.

Huong got married at 42 and remained in this contract for almost 25 years, but the poor guy couldn't take it anymore. It is difficult to follow up with the life of someone who jumps from dream to dream, especially when retirement knocks on the door. Huong's energy reserve was bigger than his, so she let him go. And he left, remarried and today he lives a peaceful life. Huong remained, sharing her energy with the rest of the world, trying to prevent a collective drowning.

Human selfishness took almost everything from Huong, except her willingness to fight for a world with more dignity, a world worth living in.