The Global Warming Mural by Huong

The facts of climate change and global warming are beyond serious dispute, and artists are in the forefront of using their creativity to confront the many environmental challenges the world will face in the very near

future. Artists have long responded to cultural, social and political situations and crises with images that can speak with far more power than words and protests. For years, Huong has been a leader in

addressing current events through personal experiences, from war-torn refugee to the search for world peace, a quest driven by spiritual belief and moral strength and dignity. She has always sought to not only expose

controversial topics, but to create a platform for discussion through her art and invite public participation and interaction. The Global Warming Mural is her latest large-scale project and the success of its message will

depend on civic engagement, understanding and participation.

The Global Warming Mural is both deeply spiritual and environmentally reflective as it brings into view the sheer enormity of climate change, with soaring temperatures, sinking cities and mass extinctions that are

already affecting every corner of the earth. Images of natural beauty are challenged in the vastness of over 500 oil paintings that immediately appear to be beautiful and colorful images of nature, but on closer

inspection reveal a serious message about the threats that will destroy the environment. The ocean serves as the backdrop for her concerns. It is water that covers most of our earth, and for all its beauty, it is also a

place of death that is now beyond the natural cycles as we pollute and destroy its fish, plants, and unique creatures. On the surface of her paintings of ocean life and splendid shades of blue are poignant quotes from

scientists, activists and the public that are as provocative as they are inspirational. For Huong, the strength of the messages that inform her works is an important integration of word and image that elevates the mural

above the merely aesthetic into the realm of political and social activism. 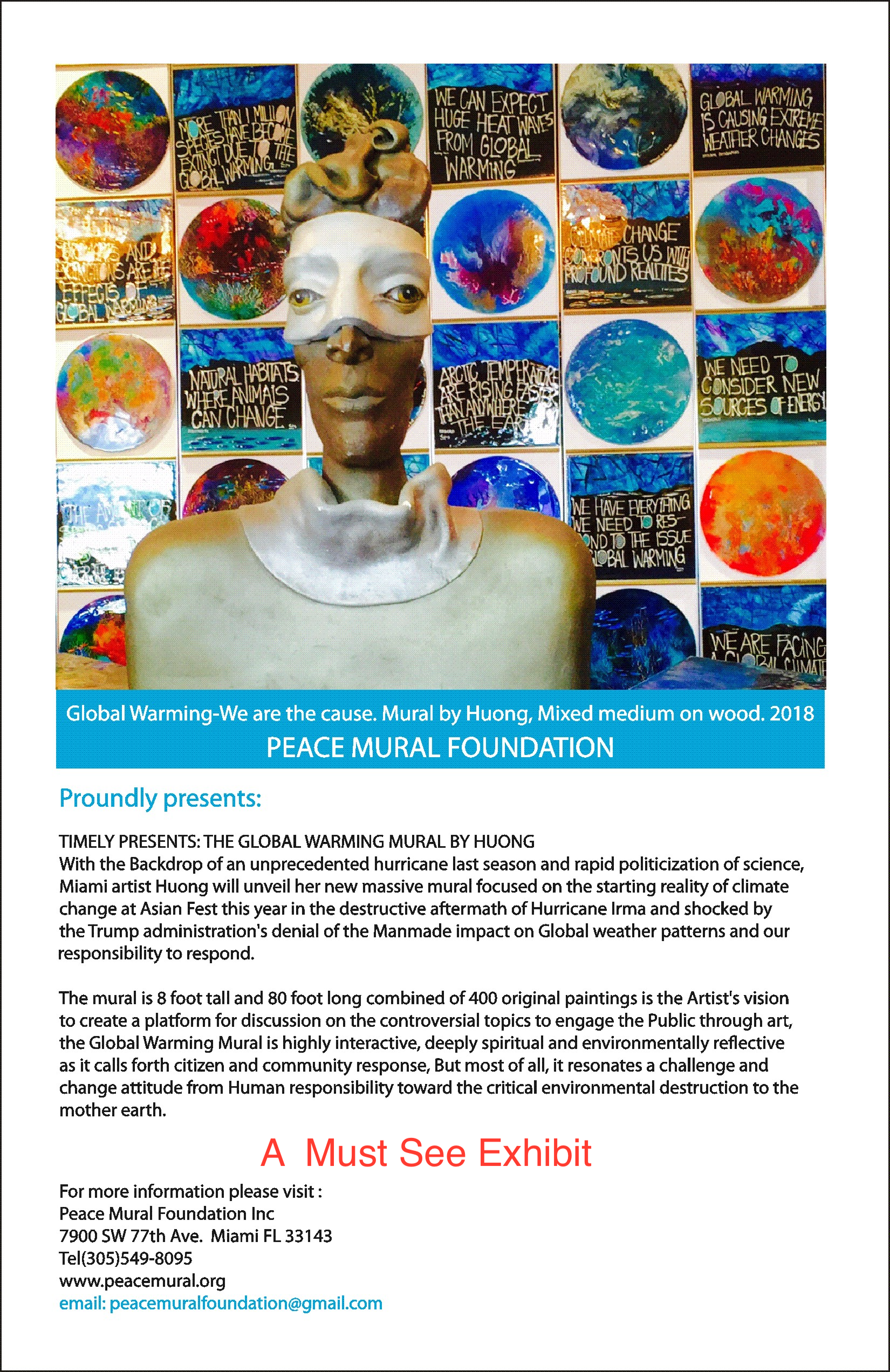